My computer is fixed now so we can try another post.  So how about a post about some very old shoes at the Costume Museum of Canada. 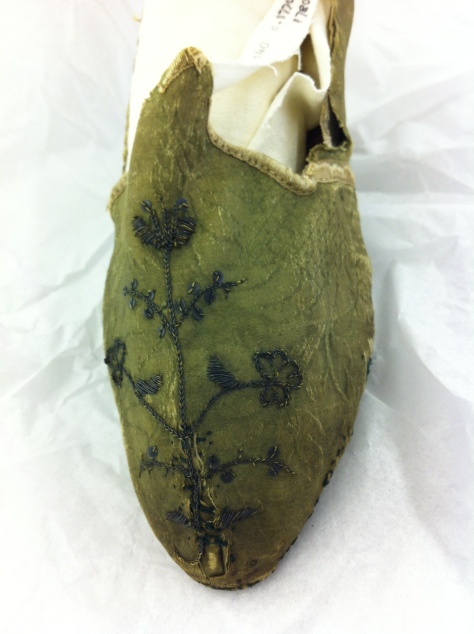 The front has a metallic thread embroidery. 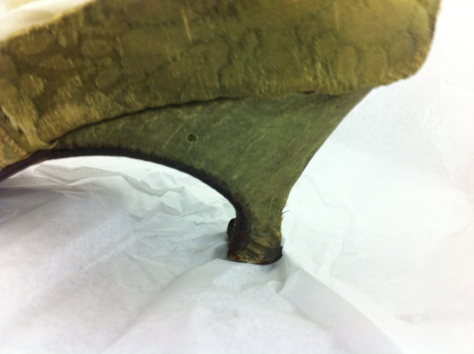 They have an odd heel that I had never seen before. Apparently they are called Italian heels. 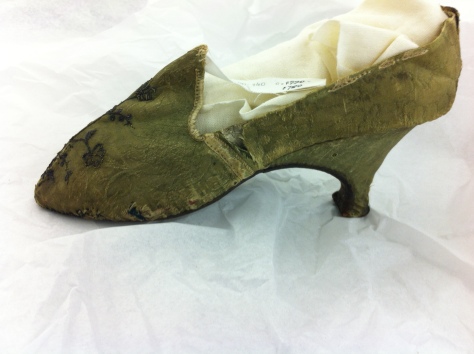 It is actually a single shoe. Who knows what happened to its mate. This one is pretty worn out. I guess the other one didn’t do as well. 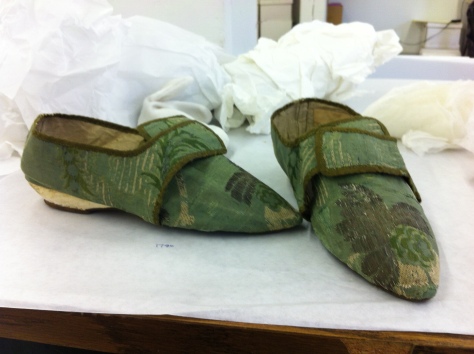 Here is another pair, dated 1780. These were cool because you could still see the holes from the prongs of the buckles. I don’t know why I found that amazing.  It was like seeing the holes made me connected to the wearer…I could see evidence of them using them.  They were also cool because I didn’t know that the heels were low during this time period.