One thing I have been neglecting is the use of a cap by Victorian ladies.  As a middle-aged woman, I should actually be wearing one under bonnets through several Victorian decades. It was common for middle-aged women to wear caps under bonnets long after the younger girls gave them up for everything but working about the house and bed. If I was transported back in time to the year my dress was intended, I suspect I’d come across as dressing a little “young” but conservative.  (Hopefully, I wouldn’t come across as a total freak.)

I think one day, I’d like to make a copy of the cap I saw at the Costume Museum of Canada. 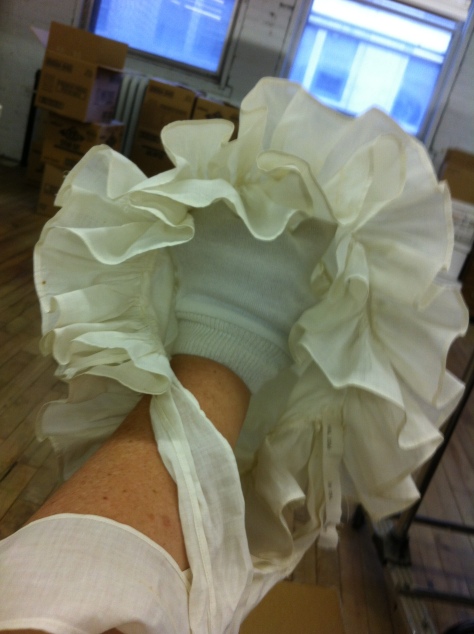 1875 cap at the Costume Museum of Canada

There are two ruffles around the face. 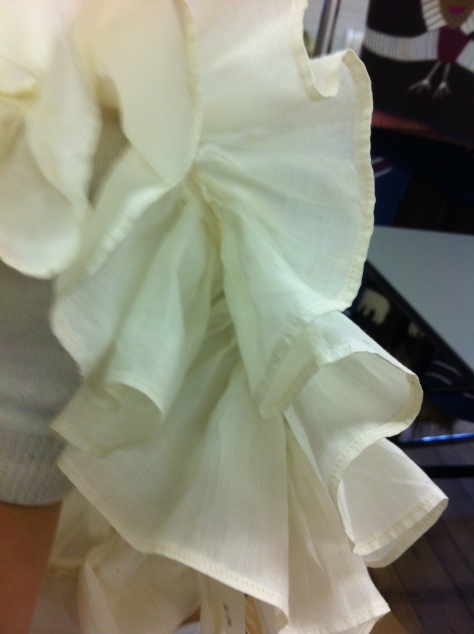 The ruffles are attached to a band that goes around the head. 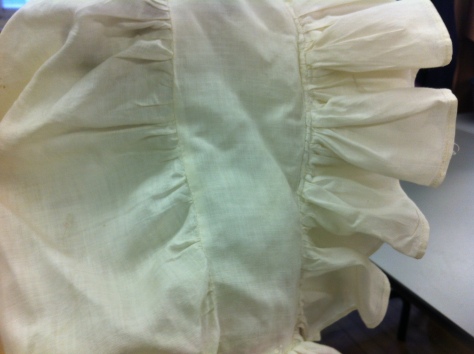 It seems to be hand-made with a light cotton…I didn’t do a burn test…fairly sure the museum would not approve!  The back of the cap is poofy and attached to the band. 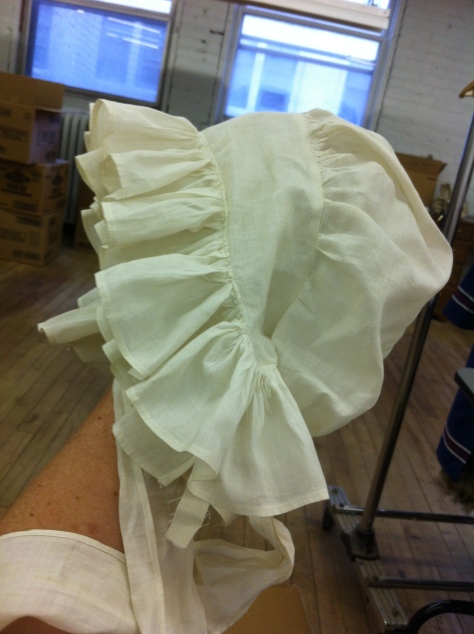 The nape of the neck is covered with a gathered piece. 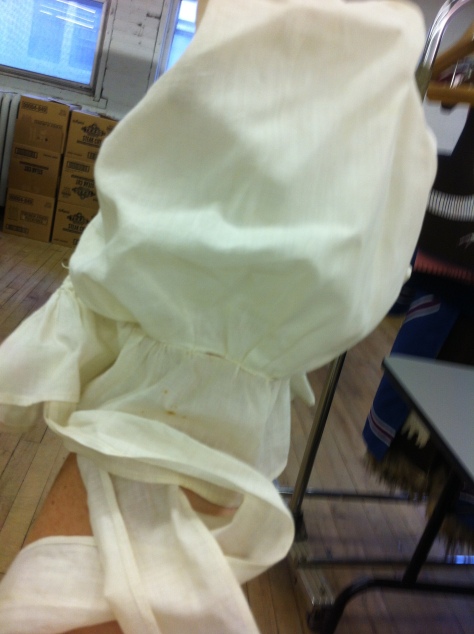 I should have check closer but I think the gathered piece at the back is actually a continuation of the top ruffle around the face.

It is pretty though.  I think I will copy this one when I finally get around to making one.