The last page of my new photo album that I wrote about was a man and a woman. 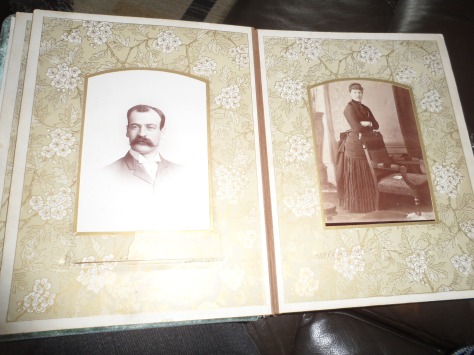 The next page features a couple on one side and a young lady on the other. 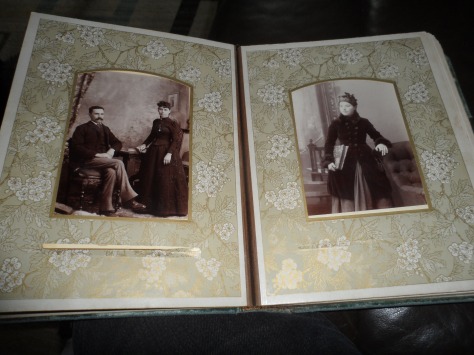 Let’s focus on the couple first. 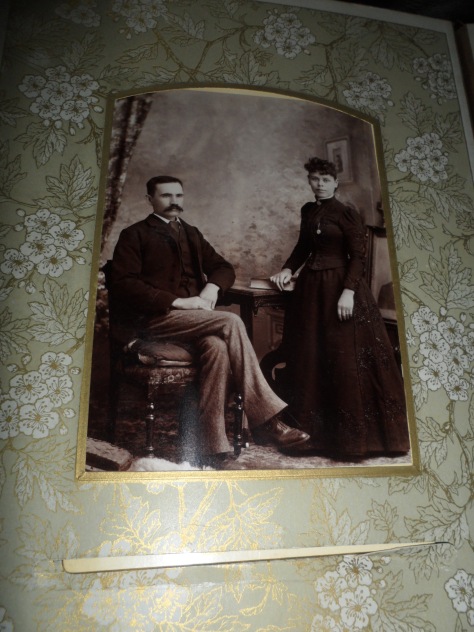 Once out of the album, we see that the couple were from Winnipeg like the lady from the page before and also where the album was purchased. 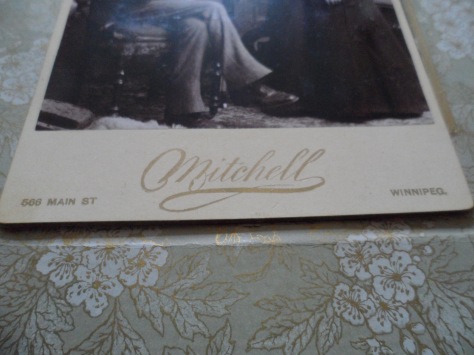 With a convoluted search that I wont trouble you with the links for, I discovered the photographer was J.F. Mitchell and he was working in Winnipeg from 1889-1907.  The lady’s hair style was popular in the 1880’s but the dress looks more belle epoch than bustle so I will estimate the photo to be 1889-1895.

Next is the young lady.  Snappy winter ensemble she has! 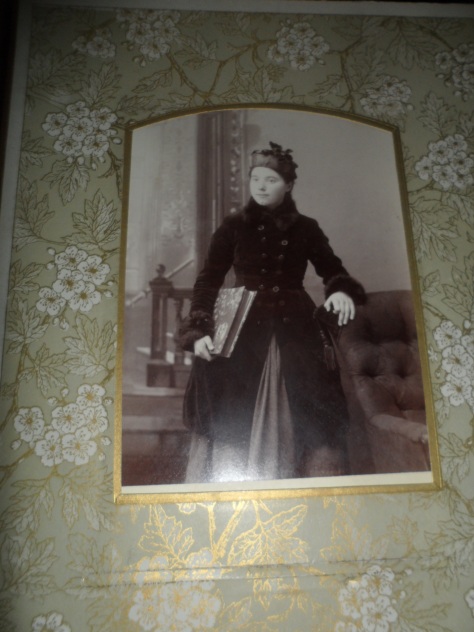 Once we slide her out of her sleeve we see she did not have her photo done in Winnipeg. 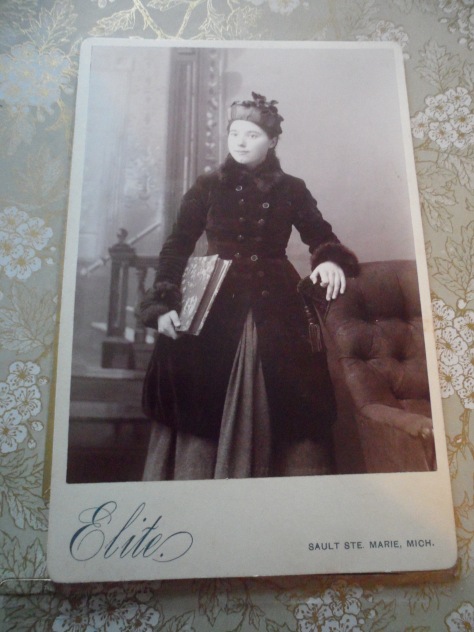 In fact, it wasn’t even done in Canada. 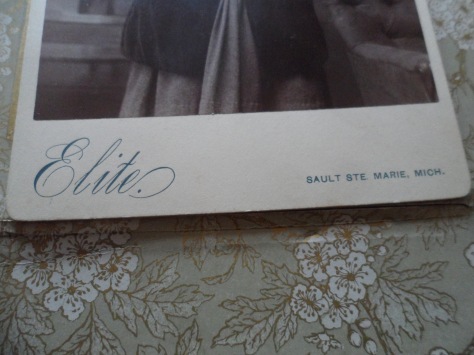 There is only a river between Canada and Sault Ste Marie Michigan and Sault Ste Marie Ontario Canada.  They were one city until the war of 1812.  Those naughty Americans tried to make Canada another State.  A treaty after the war divided the city in half.  Was this girl a Canadian going to school in the States?  Was she on holiday?  Was she an American cousin?

One thought on “Turn the page: couple and single”