The next page of my photo album has head shots of a woman and a man.  There is a similarity in style that might lead one to believe these are companion photographs of a husband and wife.  As we will see in a moment, they likely are not as they were not taken in the same city.

So, let’s check the lady out… 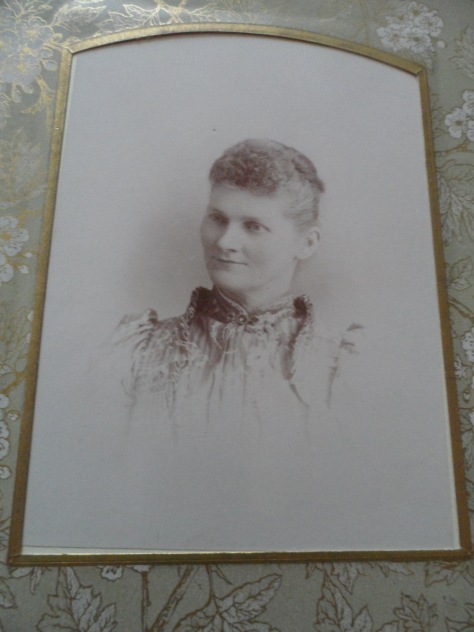 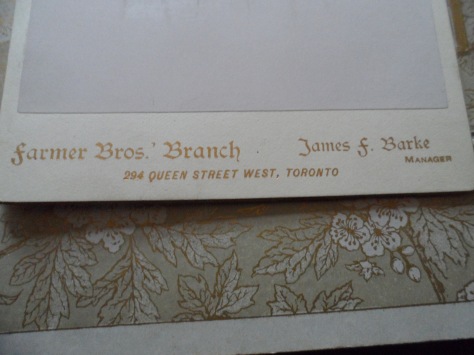 I was not successful locating any information on the Farmer Bros. other than a few examples of their work.  James F Barke was a photographer in the 1880’s and 90’s. I was unable to find any information about 294 Queen Street other than it had various business’ (some of them photography studios) but no firm dates.

Now for the gentleman… 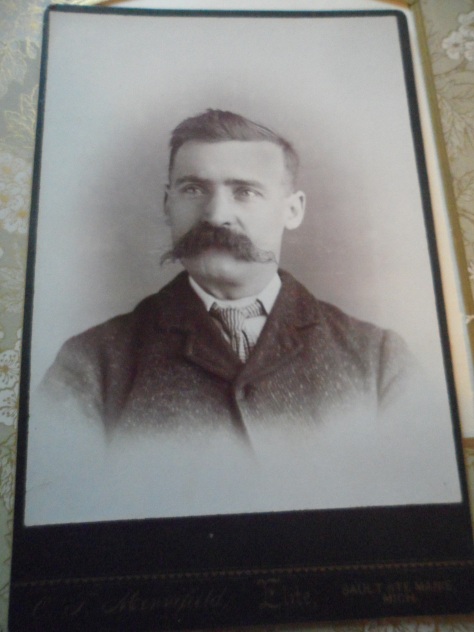 His latest fellow had his photograph taken in Sault St. Marie Michigan.

Okay,  lets look at the patterns.

General looks of the subjects….The gentleman above has the same mustache, hair color, eye brows and nose as the fellow from an earlier post on this album. 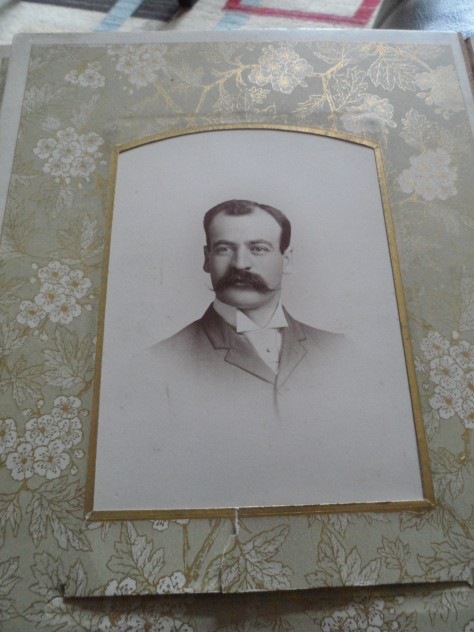 And the same nose as this fellow from the last post.

Perhaps these are brothers.

Winnipeg – album was bought in Winnipeg.

(These two ladies are not the same lady and they do not look enough alike to make me think that they are sisters.)

Does location imply family groups?  If the man, woman and children from Toronto, are a nuclear family why are they grouped in the book so randomly.  Were they put in by the original owner randomly?  In order of receiving them?  Are they even in the original place the first owner of the book put them in?  Have random family members and collectors pulled them out and rearranged them?  Are they even related to each other or known to each other as friends?

There are patterns but there are more questions than answers.

13 thoughts on “Turn the page: beginnings of a pattern”