It was a whirlwind weekend with lots of action that made it fly by.  On Saturday I had an orientation so that I can start volunteering officially at Dalnavert Museum later on in the month.  After that I went to a gathering for my nephews who have started a heavy metal band and were wanting to play in front of people.  Though it sounded like noise to me, I did appreciate the skill required and could see how people who like that music would like it.  Then there was supper at an out door café.  It was too hot for me (36 Celsius  98 Fahrenheit) and I couldn’t eat.  All I could do was pray it would be over soon.  Sunday was church, lunch at my sister-in-laws and then the kids and their significant others joined us for dinner and a games night.  Whew! busy!

It all started off on Friday night when my costuming buds and I met at the costume museum’s button sale.  As a volunteer, I was able to pre shop and I came home with quite the haul!  Shirley, Lottie and I went for coffee afterwards and ooo’d and awed over each others scores.  This is what I got… 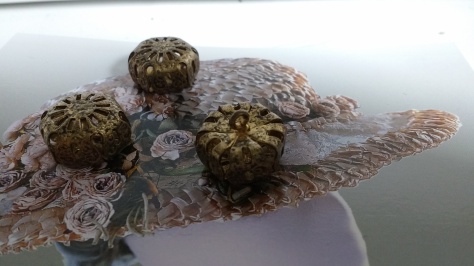 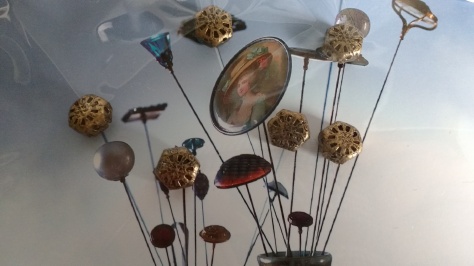 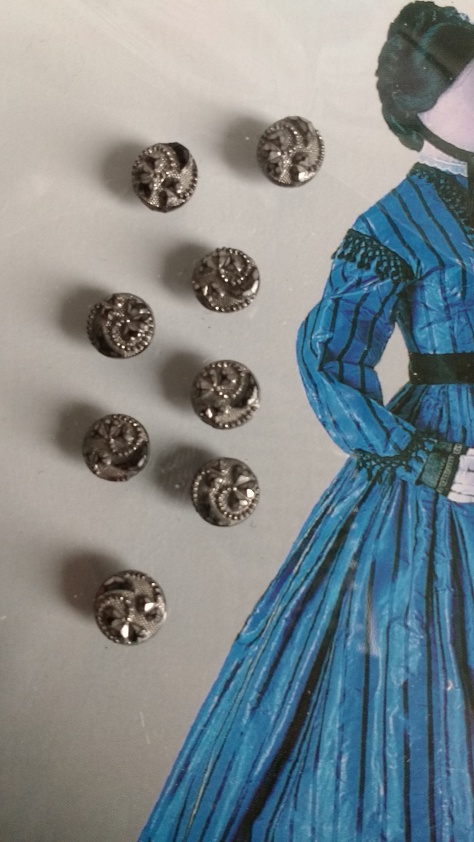 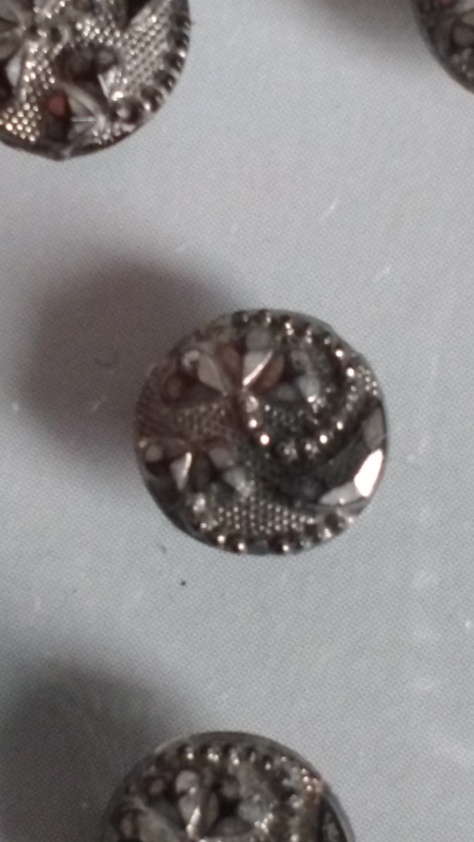 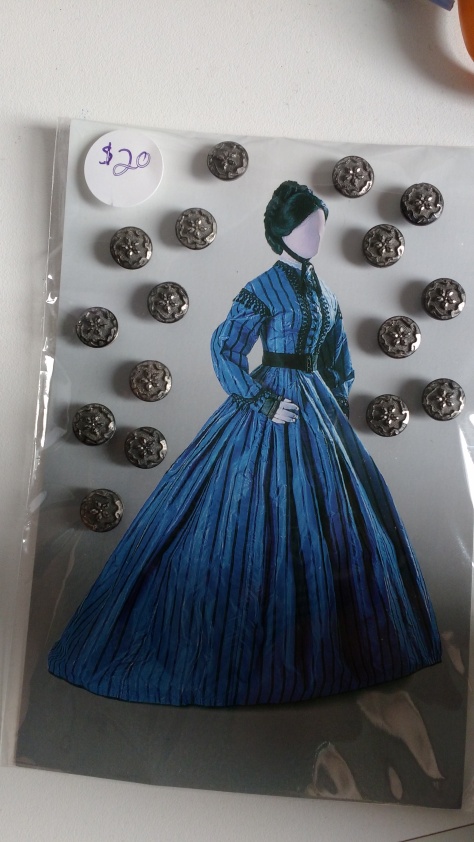 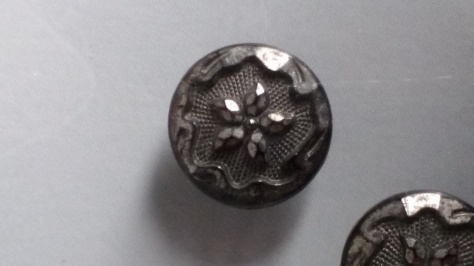 A jar of bone buttons. 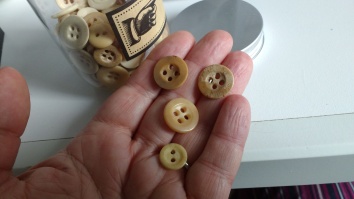 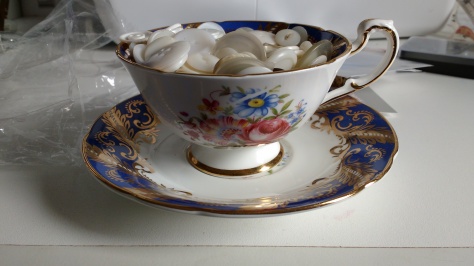 A tea cup full of buttons. In this case, I was more interested in the tea cup than the buttons. 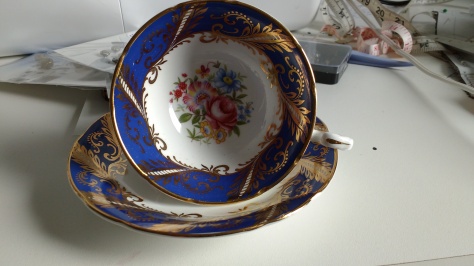 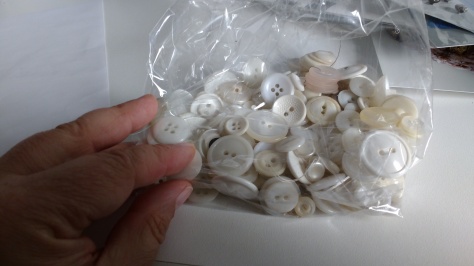 For the find of the day….

A box of jet buttons. 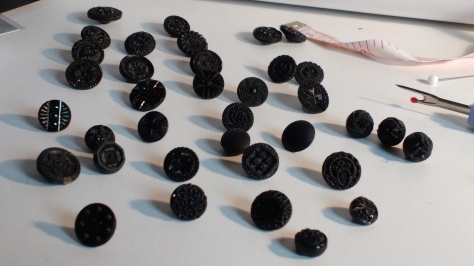 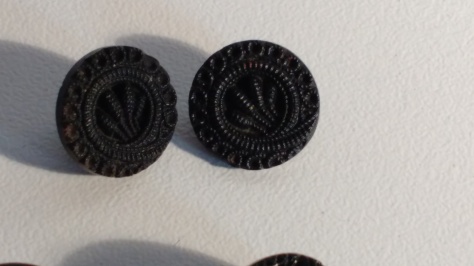 But there is a few pairs. 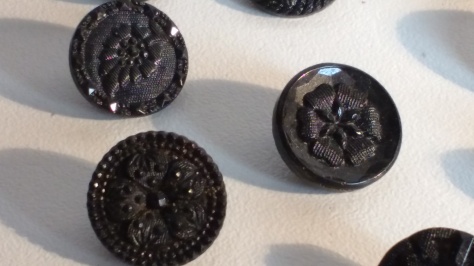 And some are close enough that from far away, they’d be fine. 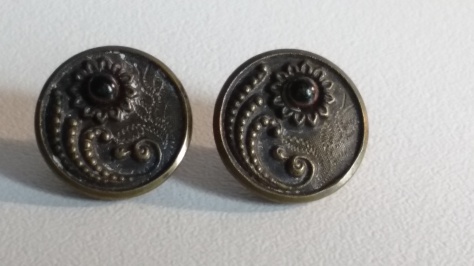 Some weren’t jet but I still liked them anyway!