A year ago, I was an extra in a movie telling the story of the general strike in 1919. It was the biggest of its kind and was news worldwide.

As an extra, I played a striker doing a silent march. It had to be silent because the powers that be had made it illegal to protest and demonstrate. So thousands of people took a quiet stroll through the streets.

Tuesday night was the premiere and everyone connected to the film was invited.

They had a red carpet photo op prior to the movie. I did it after the film so it was roped off. 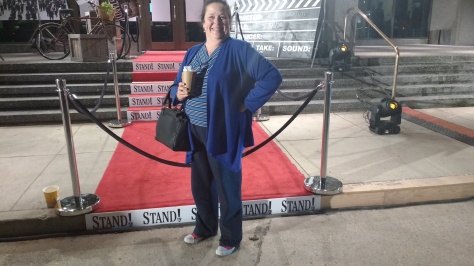 They had a live band.

And lots of decor.

The movie was a musical (not my favorite) but as way to learn more about the event to consolidate info I had already learned, it was pretty good.

But the best part is I saw myself twice in the film! I didn’t hit the cutting room floor!